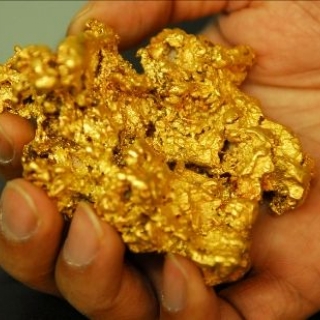 Gold prices drifted fractionally higher on Monday as U.S. markets remained closed for the Martin Luther King holiday while European ones were content to await the European Central Bank™s policy meeting later this week for clues as to how long the current regime of negative interest rates will last.

Prices ticked up slightly after the International Monetary Fund kept its gloomy outlook for 2020, shaving its forecast for global growth this year to 3.3% from 3.4% in October. It also cut the forecast for 2021 by 0.2 percentage point to 3.4%, due chiefly to the slowdown in India and other emerging markets.

In the only data release of note earlier, Germany™s producer prices had rebounded in December but were still down 0.2% on the year, in line with expectations.

Gold prices ended higher on Friday as testiness between the U.S. and China fed risk-off sentiment, drawing investors into assets considered to be havens, including government debt and the Japanese yen...

Gold prices rise amid U.S.-China tensions, but the metal is looking at a weekly decline...

Gold prices headed higher on Friday as testiness between the U.S. and China drew investors into assets considered havens, including government debt and the Japanese yen. However, continuing plans to ...

Gold gained on Friday as an escalation in U.S.-China tensions underpinned bullion's safe-haven appeal, although positive economic indicators after some countries eased lockdowns set up the precious me...

Gold Faces Weekly Decline on Signs of Growth Picking Up...

Gold steadied on Friday as an escalation in U.S.-China tensions underpinned bullion's safe-haven appeal, although positive economic data and easing lockdowns in some countries set up the precious meta...

Gold Gains on U.S.-China Worries; Set for a Weekly Drop...

Gold prices inched up on Friday, after falling more-than 1% in the previous session, as rising concerns over U.S.-China relations weighed on risk appetite, although the metal still looked to be headed...