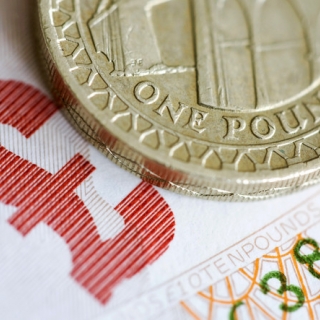 The pound struggled to break through the $1.30-mark yet again on Thursday, as a rebound in the dollar and an election manifesto from the opposition Labour Party that fuelled some profit-taking on the British currency.

In its fourth attempt to break through $1.30 in nearly two months, the pound struggled to gain momentum as investors moved to the sidelines before the Dec. 12 election.

Following the release of the manifesto, the pound edged 0.1% lower against a broadly resurgent dollar to $1.2908 and weakened against the euro at 85.74 pence. The currency had slipped to a five-day low of $1.2888 after Tuesday™s televised debate in which Corbyn was seen to have performed better than expected.