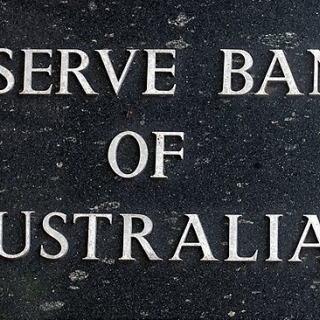 Australia™s central bank kept interest rates unchanged as it waits for three cuts since June to flow through to areas of the economy beyond the property market.

Reserve Bank Governor Philip Lowe and his board kept the cash rate at 0.75% Tuesday, in line with expectations of economists and money markets. He will want to hold onto his remaining conventional ammunition -- estimated at two more cuts -- and monitor the impact of earlier easing and recent government tax rebates.

The RBA™s final meeting of the year sees policy makers no closer to reviving wages growth and sluggish inflation, trends that have bedeviled central banks worldwide. Australia™s economy has decelerated in the past 12 months as households reined in spending and sentiment remains weak despite the increased cash flow from interest rate and tax cuts.

However, the economy keeps ticking over on strong population growth and state government spending on infrastructure as they try to keep pace with swelling cities. Hiring has also remained resilient in the face of slowing growth, though unemployment of 5.3% isn™t low enough to spur the kind of wage gains the RBA wants.

RBA's Lowe: Australian financial system is resilient and is well placed to deal with COVID-19...

Reserve Bank of Australia (RBA) Governor Philip Lowe is on the wires now, via Reuters, speaking on a panel at FINSIA's "The Regulators" Webinar. "Australian financial system is resilient and is well ...

Fed Officials Discuss How to Convince Markets That Interest Rates Will Stay Low For a Long Time...

Federal Reserve officials in April discussed the next phase of interest rate policy ”convincing markets that rates will stay low for a long time ” but gave no sense than any changes were imminent....

U.S. Treasury Secretary Steven Mnuchin on Tuesday defended the Trump administration™s fiscal response to the coronavirus pandemic and told senators he was willing to consider extending and modifying...

Australia is facing an "unprecedented economic contraction due to the coronavirus pandemic, though massive fiscal and monetary stimulus would help cushion the blow, minutes from the country's centr...

Powell says more policy help may be needed to pull the US out of economic downturn...

Federal Reserve Chairman Jerome Powell said Wednesday that policymakers may have to use additional weapons to pull the country out of an economic mire that has cost at least 20 million jobs and caused...