Stocks ended lower Friday, giving up early gains after authorities confirmed a second U.S. coronavirus case. The Dow Jones Industrial Average fell around 170 points, or 0.6%, to end near 28,990, according to preliminary figures, while the S&P 500 lost around 30 points, or 0.9%, to finish near 3,295. The Nasdaq Composite closed near 9,315, off around 88 points, or 0.9%. Analysts said stocks were vulnerable to a pullback as concerns rise about the potential effect of the viral outbreak on... 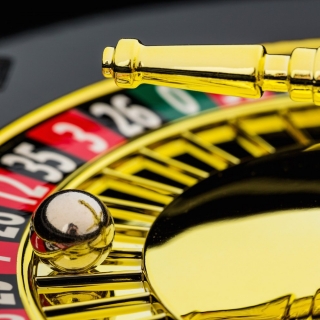 Once again the gold market is eking out a weekly gain as prices trade around the critical psychological level of $1,300 an ounce. However, according to some analyst, the market lacks a catalyst to push prices to last month's 10-month high.

Although down from its highs, the market is still preparing to the week with most gains last week, with April gold futures last traded at $1,302 an ounce, up 0.21% from the previous week.

Ole Hansen, head of commodity strategy at Saxo Bank said that Thursday's 1% decline shows that the market is lacking conviction for higher prices. He added that resilience in equity markets is making gold a less attractive alternative for investors. The S&P 500 has broken above the psychological level at 2,800, last trading at 2828 points, up 3% from the previous week.

"Right now there appears to be no major need for an insurance policy so investors are shunning gold and turning to equities," he said. "I think there is growing frustration among gold investors and that is weighing on prices."

The question now on many market players' minds is what will be the catalyst to drive gold; according to some analysts anyone expecting a dovish Fed to be the spark to ignite a rally could be sorely disappointed.

It's All About The Fed

Once again all eyes will be on the Federal Reserve as it holds its monetary policy meeting this week and along with its interest rate decision will release updated economic projections. Economists are also expecting the central bank to unveil its plan to top its balance sheet reduction program.

"The median growth projection looks certain to be revised down," said economists at Capital Economics.

However, according to some analysts, these expectations are already baked into the market.

"I think the Fed pause story is largely played out," said Ryan McKay, commodity strategist with TD Securities. "Ultimately, if gold is going to go higher we need to see weaker U.S. data. The U.S. economy still appears strong compared to the rest of the world and that is keeping the U.S. dollar bid."

Although the central bank is expected to downgrade their growth and interest rate forecasts, Jasper Lawler, head of research at London Capital Group, said that he does not expect the Federal Reserve to be anywhere near dovish as the European Central Bank was two weeks ago when it surprise markets with a shift in its forward guidance, not expecting to see any rate hike until at least the end of the year.

Lawler added that there is a risk that the Fed sounds hawkish as it downplays a potential slowdown in the domestic economy.

"If the Fed says that it's adjusting its growth because of risks in the global economy or anything along those lines that could make them sound a little hawkish," he said.

Hansen added that a goldilocks outlook from the Fed -- not too hot and not too cold -- will also keep a bid under equity markets, which will cap any rally in gold.

Gold Will Still Keep It's Head Above Water

Although the Federal Reserve is not expecting to be dovish enough to drive gold prices higher, analysts are still not ready to give up on the yellow metal just yet.

Lawler said that the trend in gold is still higher as he sees sticky support around $1,280 an ounce. He added that gold remain an attractive safe-haven asset as global economic uncertainty builds.

"Overall there is still strong appetite for gold," he said. "I expect that any significant drop in gold prices will attract new buyers."

Hansen said that although there is technical bearish threats building in gold, it difficult to see prices falling significantly lower.

"There are still a lot of reasons to hold gold so I don™t see much downside either," he said.

Hansen added that he continue to remain long-term bullish on gold as long as prices hold above the key retracement level around $1,275 an ounce.

McKay also said that he sees limited downside for gold because of the global economy. Although U.S. economy remains resilient to outside threats, it can't remain strong on its own.

"At this point in the growth cycle a slowdown is natural," he said. "But if something breaks in China and Europe that will impact U.S. growth as well. On the back of slowing global economy, I don't see a lot of reasons to be overly bearish on gold."

Although Hansen is long-term bullish on gold, he said that he is watching gold's technical closely as the price action is creating a bear flag formation.

After a roller-coaster week in which gold futures scaled a cliff only to fall off, the Friday high and low so far are both within Thursday™s trading range. This is referred to an œinside day on...

Confusion and uncertainty dominates the gold market as traders and investors continue to react to shifting trade sentiment between China and the U.S. The latest Kitco News Weekly Gold Survey shows Wa...

This week will be an interesting one for gold with Wall Street uniquely split between expectations of higher and neutral gold prices, while Main Street is still very bullish, according to the latest K...

Stocks ended lower Friday, giving up early gains after authorities confirmed a second U.S. coronavirus case. The Dow Jones Industrial Average fell around 170 points, or 0.6%, to end near 28,990, according to preliminary figures, while the S&P 500 lost around 30 points, or 0.9%, to finish near 3,295. The Nasdaq Composite closed near 9,315, off around 88 points, or 0.9%. Analysts said stocks were vulnerable to a pullback as concerns rise about the potential effect of the viral outbreak on...