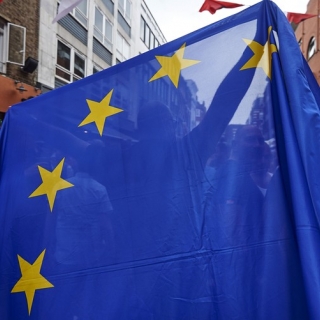 European stocks opened lower Friday morning as traders seek signals as to whether a Brexit deal agreed between the U.K. and EU will pass muster with British lawmakers in parliament.

The pan-European Stoxx 600 slipped 0.3% in early trade, autos plunging 2.3% on the back of a profit warning from Renault, while media and utilities stocks each added 0.3%.

U.K. Prime Minister Boris Johnson agreed a new Brexit deal which was unanimously backed by European Union leaders on Thursday, but must now fight to secure approval from British MPs (Members of Parliament) in a vote on Saturday if he is to succeed in taking Britain out of the bloc on October 31.

European stocks rebounded on Friday, breaking a four-day losing streak after the World Health Organization (WHO) said the deadly Chinese coronavirus was not a œglobal emergency yet. The pan-Euro...

Stocks Give Up Early Gains as Coronavirus Fears Linger...

Stocks largely gave up early gains midmorning Friday, after authorities confirmed a second U.S. case of the coronavirus, underlining concerns about the spread of the potentially deadly virus that orig...

Stocks opened with modest gains Friday, with the Nasdaq Composite pushing further into record territory, after a round of strong corporate earnings overshadowed worries over the spread of the coronavi...

U.S. stock-index futures were gaining modestly on Friday, with equity benchmarks set to end the week mostly higher, despite anxieties around a fast-moving Asia flu outbreak that has seen death tolls r...